NGOs that do Private Sector Fundraising in India 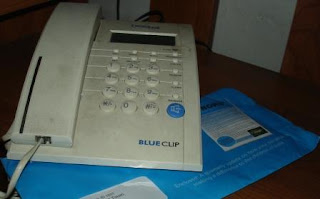 The Indian NGOs as mentioned in my previous post do not have a long history of doing active and regular fundraising from Private Sector (Indian individuals and Corporations). There are exceptions that do get their due mention later. In fact, this post attempts to list some, who have been.

Of’ course there will be some that I don't know of. So if you are an NGO who have a regular fundraising programme and don't feature in this list, do write back. I plan to do an addendum in next 7 days, so your name could feature there.

Well now on to the list. I have grouped them in three categories viz. National, International and Regional. As I delve deep in them the categories get explained, themselves, so please be patient about it.

National NGOs is a very interesting segment. The grand daddy of Indian fundraising and still the largest player CRY-Child Rights and You, sits here. The only other NGO in this category with long standing is Concern India Foundation. It may surprise you that this category appears to be not very crowded. But this is a group you graduate to and it is in fact difficult to start here. Two new entrants to this list are Give India and Pratham India. Overall still very sparsely populated category.

My pick of organizations that do have the potential to join this category in future are Aadi, Akshay Patra, Blind Relief Association(s), Cancer Patient Society of India, Development Alternatives, Global Cancer Concern, Hemophilia Federation (India), Naandi Foundation, Public Health Foundation of India and Smile Foundation, but all of them have lots of catching up to do.

International NGOs is a category that is witnessing the action most. The list here is long and a new player gets added every passing month.

The leader in this category is HelpAge India, which for all practical purposes is Indian but has an International lineage that many are not even aware of. WWF India is another old but slow (could be steady though) player with high levels of brand recognition. SOS Children Villages of India enjoys good recognition and has shown some aggression in fundraising lately. World Vision and GreenPeace have been active in this category for at least 5-6 years and have some advantage over the other new beginners. CAF-Charities Aid Foundation India, part of the UK headquartered network, has been around for around a decade in India but sill suffers from low levels of brand awareness. A special mention here for Indian Red Cross, which has been around for always and leads in fundraising for emergencies.

The new entrants include Bal Raksha Bharat (Save the Children International’s Indian entity), Oxfam India, Plan India and UN agencies like UNICEF, WFP and others. Interestingly, although all these names are very big internationally they are currently small specks in the high potential Indian fundraising sector. Action Aid India started with a bang around five years back, but has started afresh lately with a new fundraising strategy. Habitat for Humanity is largely into corporate partnerships, although some of them very interesting. United Way has also been around for a while but their mainstay is Pay Roll Giving. Aide Et Action India (headquartered in Paris) is amongst the newest entrants in this category.

Some years back Christian Aid also wanted to start fundraising in India, I don’t know what became of that. CASA another Christian organization has also shown some interest in fundraising. The Agha Khan Foundation had also been scouting for resources to start their fundraising operations some years back.

If you are an Indian fundraiser, don’t be surprised if you get a friendly tap from a stranger at an International Fundraising Conference. This could be from any of the International biggies planning to start fundraising in India. In fact it will be interesting to see when and how few other big names in fundraising in North America and Europe namely, Amnesty International, Care and MSF (Doctors without Borders) bite the fundraising bullet. All of them have programmatic presence in India for ages.

Regional category is the most diverse and scary to list because there are so many (although still countable), but at the same time so local in operation that they may not make a blip on one’s radar.

New Delhi has two NGOs that now have been raising funds with some success. These are Deepalaya and Prayas. Next in the pecking order are NGOs like Udyan Care, Literacy India, Action for Autism,. Two celebrities led NGOs, Action India and Khushi are more active in the fundraising events sector.

From the Mumbai region the NGOs that hit my radar quiet often are Dignity Foundation, Magic Bus and Akanksha Foundation. Although, I don’t live in that city but do travel there often and get to read about them in the local media, regularly.

Down South Akshara Foundation (Bangalore), Meenakshi Mission Hospital (Madurai), India Foundation for Arts have been doing some steady fundraising for some years now.

Up East Child in Need Institute or CINI for short is quiet prominent both in terms of programming and now some private sector fundraising.

There are many others who are now interested but are kind of caught in the chicken and egg loop. They need money from private sector but don’t have investment funds for starting operations. Angel Investors please help if you are reading this! The NGOs in India now need investment to start fundraising on their own and that too quiet urgently. The above are only a handful there are millions more.
Posted by Unknown at 11:36 AM

Hello,
I am having some source of funding from Capital raising groups from US. Any body in need of funds for humanitarian projects may contact me on lawyer.pallavi@gmail.com.

to know the technique of ngos fundraising & from which source it can be raised.

We are a NGO group member helping cancer patients to get treatment from expert doctors since 3 years and helped 75 patient with bless of like yours.

God help u in this way of helping others.