Indian companies, family foundations and individuals are waking up to social giving. Have you? 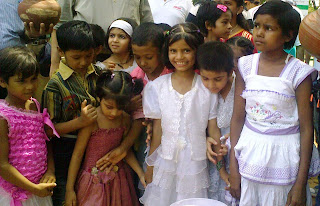 If you have a strong cause, the vision and the right tools for asking for help. You will certainly get it as new India is getting more receptive to social giving.We too have our Anand Krishnan’s , Warren Buffet’s , Andrew Forrest’s and Peter Gautschis who believe in giving ( they all hold a spot on Forbes Asia's third-annual list of Heroes of Philanthropy). Many of these not even make the list and keep a low profile. The bit is to find and motivate them enough to join the league of big time social giving.
(This compilation is for the benefit of Indian NGO fundraisers and gratefully thanks the people who inspired this by sharing their views, opinions and data freely over the Internet)
Posted by Shweta Shukla at 10:17 AM

do you all also do fund raising for NGOs and if yes what are your terms and conditions. Also what is your address and contact numbers?

do you all also do fund raising for NGOs and if yes what are your terms and conditions. Also what is your address and contact numbers?

Gentlemen
Please go through the link below and advise me how we can proceed with your T&C.