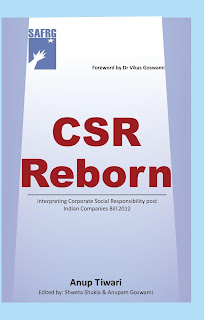 For a complete FAQ on CSR provisions and next steps, reserve your copy of the book
"CSR Reborn" today by writing in to nandita@safrg.org.
Posted by Unknown at 5:13 PM

Nice blog author. Thanks for posting such kind of interesting post here instastalker. IN case you want to find information about new idol, c=would like to visit my site.