Honey traps for INGOs in India 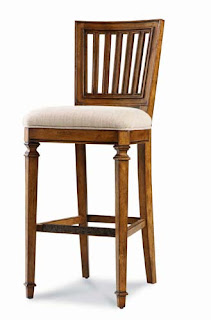 While attending the International Fundraising Conference at Amsterdam, I chanced upon my good Italian friend and former colleague Francesco. After doing several years with International non-profits in Europe and Latin America, he is now a new but a devout convert to consulting.

On the bar stools, I have yet to come across a more inciting/inspiring fundraiser as him. And hence my friend encouraged me to write about the "Honey traps that INGOs land in while entering new emerging markets".

"Well, I told him, " I know more about India and at best South Asia, but I will do it for you".

So here is this to you Francesco, my two (sorry five) pence:

1) First and foremost the assumption by INGOs, that donor is a "she". Unfortunately (for all our efforts at women empowerment), donors in emerging markets like India are a "he". In other words donor is predominantly a male unlike the western and north American world.

2) Then ' real donors are 55 years and above'. Surprise, surprise. The donors in India are 30 years and above. In fact post 55 they tend to stop contributing. The state sponsored social security in such emerging markets virtually does not exist and hence the obvious donor behaviour.

3)Renting lists for Direct mail is cheaper than buying them. Not in India. If you are renting a list then it is most likely a well guarded proprietary or at least a decent compiled list. But if you are buying them, these could be dirt cheap, although of low reliability.

4) Some INGOs believe that corporations will fuel their growth in the country. It is not the case for India. The corporations in India have their own philanthropic foundations and don't need INGOs mostly. On the contrary they need small and medium implementing non-profit organisations, who can bring to reality their vision.

5) Acquiring new donors is always done at a break even cost or even a loss. In India all the leading Indian non-profits make money on acquisition, largely due to low cost mail packages. So, decide whether to keep your western ways or take to the Indian. Both I am sure have their merits.

I am hoping that these five pence should make Francesco a happy man. Although, I am sure having worked in Latin America he knows it all and was being his usual inciting self on the bar stool. Por eso mi amigo, espero que tu quieras este.
Posted by Unknown at 12:23 AM

Thanks amigo! These are well informed down to earth advices form a seasoned and passionate fundraiser! I would use them in a a seminar with top INGOs in London and Geneva and be sure they stick in front of their laptpop when they think going to India is easy! Love to you

Thanks. It will be great if the readers of this blog get to see the ppt of your presentation, of'course post you make them in London and Geneva.